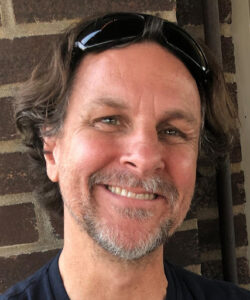 Johnny Zokovitch is the Executive Director of Pax Christi USA, the national Catholic peace and justice movement. Previously, Johnny worked in Brussels with Pax Christi International as the Senior Communications Officer. For nearly fifteen years, he lived at and co-directed the Gainesville (FL) Catholic Worker House, an intentional community serving and living with people who are homeless, addicted, impoverished and mentally ill. He holds an MA in Theology with a concentration in biblical studies from the University of Notre Dame. His writing has been featured in National Catholic Reporter, US Catholic, Belief.Net, The Encyclopedia of Race and Racism and elsewhere. 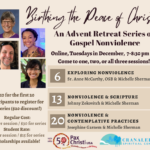 The Series: The Peace of Christ stands in contrast to the Pax Romana, the famous way the Romans created peace in their empire through violence and oppression.  Today we still long for true and lasting peace.  Let Advent be an opportunity for you to bring Christ’s peace into the world. … 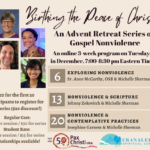 Session 2: Nonviolence and Scripture As we continue the journey of birthing the Peace of Christ, we draw from the deep well of Scripture to guide us during this week of Advent.  The second session of the Advent retreat series will explore the gospel readings from Matthew for all four…