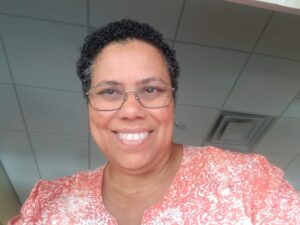 Boreta A. Singleton, a native of Philadelphia, PA, is an African American ‘cradle Catholic.’  She taught in Catholic elementary and middle schools there and was the Director of the Office for Black Catholics for four years.  Boreta is presently  the Director of Faculty Formation at St. Peter’s Prep High School, a Jesuit sponsored school for boys .

Boreta holds an MA in Theology from University of Notre Dame, an MS in Pastoral Care and Counseling from Neumann University and a Certificate in Spiritual Direction from Fairfield University.  She has a certificate in the Supervision of Spiritual Directors from Together in the Mystery.  Boreta is a Candidate for the Sisters of Mercy and is happy to again  present at Cranaleith ! 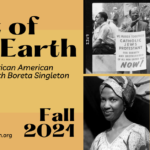 Six African American Catholics are under consideration for canonization: Thea Bowman, Henriette Delille, Julia Greeley, Elizabeth Lange, Augustus Tolton, and Pierre Toussaint.  These men and women led ordinary lives but, just like us, were called to holiness!  How did they embody the gospel amidst the challenges of their lives?  How…

Salt of the Earth: A Series on African American Spirituality
September 25, 2021

This three-part series explores facets of the Christian faith as lived by African Americans.  The programs open up new information with time for reflection and prayer.  Each session stands independent of the others, so feel free to join in as many as you can. Sept. 25: We’ve Come This Far…

The Black Church has a long history of calling one another and all people to practice the Golden Rule.  So it is only natural that faith prompted many to participate in and influence the American Civil Rights Movement.  Some are Catholics like Father John LaFarge, SJ, and some belong to…

This website uses cookies to improve your experience while you navigate through the website. Out of these, the cookies that are categorized as necessary are stored on your browser as they are essential for the working of basic functionalities of the website. We also use third-party cookies that help us analyze and understand how you use this website. These cookies will be stored in your browser only with your consent. You also have the option to opt-out of these cookies. But opting out of some of these cookies may affect your browsing experience.
Necessary Always Enabled
Necessary cookies are absolutely essential for the website to function properly. This category only includes cookies that ensures basic functionalities and security features of the website. These cookies do not store any personal information.
Non-necessary
Any cookies that may not be particularly necessary for the website to function and is used specifically to collect user personal data via analytics, ads, other embedded contents are termed as non-necessary cookies. It is mandatory to procure user consent prior to running these cookies on your website.
SAVE & ACCEPT
COVID-19 Policies for All Guests
We prioritize your health and safety with hospitality and mercy.
Review the Policies
X