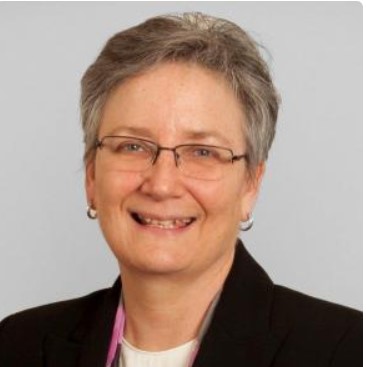 Mary Pat Garvin, RSM is a member of the Sisters of Mercy of the Americas. From 2011-2017 Mary Pat served as a member of her congregation’s general leadership team. Mary Pat holds a Ph.D. in psychology from the Gregorian University where she was a faculty member from 1994-2001.

Before being in leadership, Mary Pat ministered for twenty years with national and international conferences of religious, as well as with over 50 religious congregations throughout North and South America, Europe, Africa, Asia and Australia.

A life-long educator, Mary Pat has taught at Gwynedd-Mercy University and Seton-Hall University. Mary Pat’s research interest is the interplay of spirituality and psychology in the promotion of healthy and holy living of Christian life. She is the author of over 20 articles on topics pertaining to vocation discernment and the formative process.

Mary Pat co-authored “Leadership in Consecrated Life Today” in Formation and The Person: Essays on Theory and Practice (2007). In 2013, she offered a keynote address at the global meeting in Rome to over 800 leaders of women’s religious congregations. In 2017, Mary Pat was the recipient of the Sr. Mary Emil Penet Award from the Religious Formation Conference (RFC) in the United States. This award was presented in recognition of Mary Pat’s extraordinary contribution to the ministry of lifelong formation for religious congregations in North America and internationally.

Likes:
0
Categories:
Presenter
Previous profile LinkMarie Michele Donnelly, RSMNext profile LinkScott Hutchinson
We use cookies on our website to give you the most relevant experience by remembering your preferences and repeat visits. By clicking “Accept”, you consent to the use of ALL the cookies.
Cookie settingsACCEPT
Manage consent

This website uses cookies to improve your experience while you navigate through the website. Out of these, the cookies that are categorized as necessary are stored on your browser as they are essential for the working of basic functionalities of the website. We also use third-party cookies that help us analyze and understand how you use this website. These cookies will be stored in your browser only with your consent. You also have the option to opt-out of these cookies. But opting out of some of these cookies may affect your browsing experience.
Necessary Always Enabled

Any cookies that may not be particularly necessary for the website to function and is used specifically to collect user personal data via analytics, ads, other embedded contents are termed as non-necessary cookies. It is mandatory to procure user consent prior to running these cookies on your website.

Fall 2020 Reopening Plan for COVID-19
It balances concern for your health and safety with our mission of hospitality.
Learn more
X