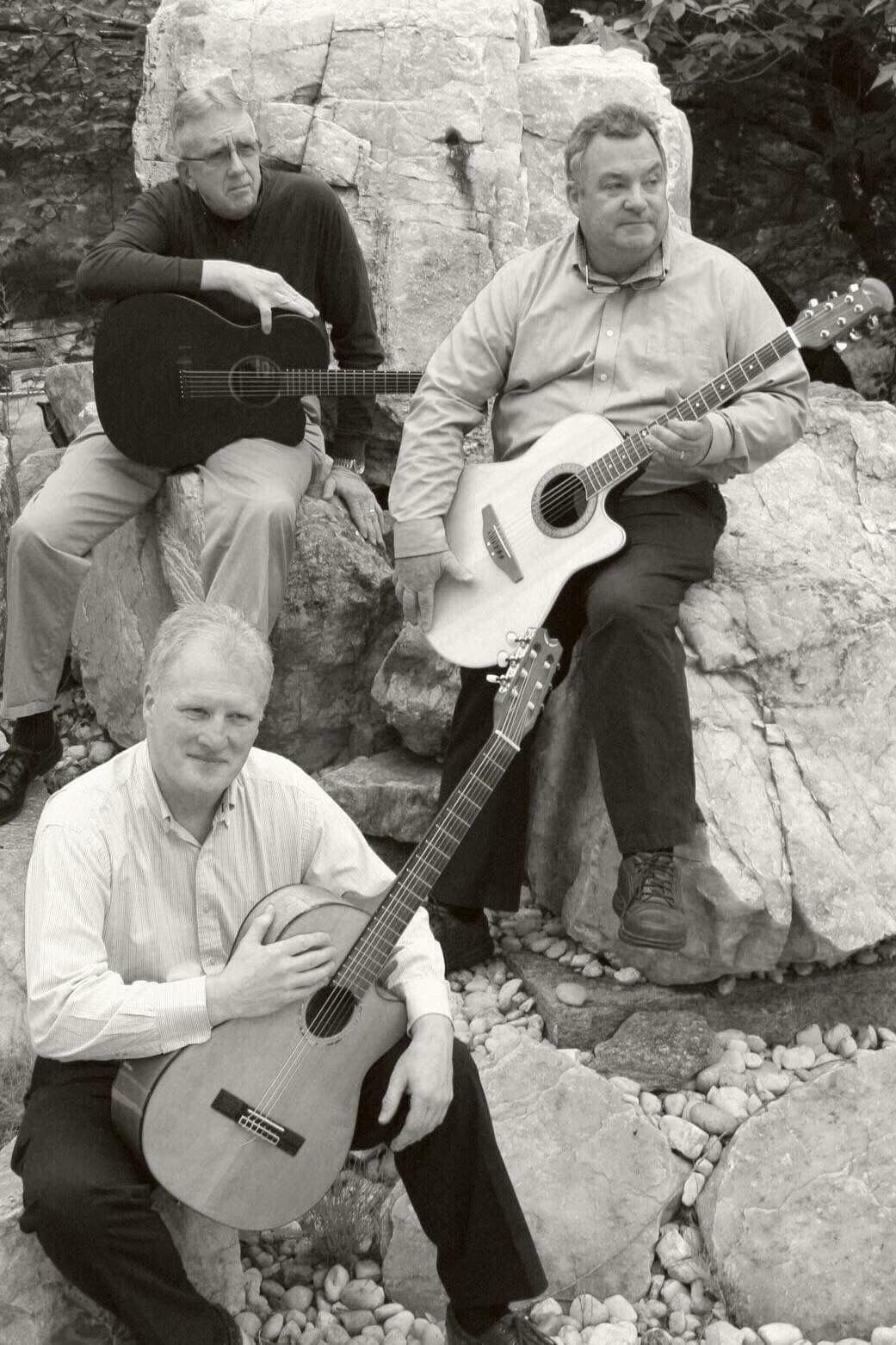 An afternoon of music and story-telling with HMS, honoring their friend and fellow band member, John E. Smith, who died earlier this year.
“Always missed, but forever present in our music”

Do you need a break from the day-to-day stress of life to renew your spirit? Join us as we listen to the unique, quiet, and contemplative folk music of the HMS Acoustic Band performing a live, virtual concert of their original music inspired by the human spirit.

“Music expresses that which cannot be said and on which it is impossible to be silent.”  Plato

Steve Hart – Song Writer, Guitar and Vocals
Steve obtained his first guitar at age 11 and has never stopped playing since (a very long time!), A native of England, he first developed as a performer while studying music at the University of Durham and regularly playing the folk scene throughout northeast England. Founding HMS allowed him to explore his deeper interests and expand his musical range to write and perform his own music.

Ed McTague – Rhythm and Lead Guitar and Vocals
Ed is an original founding member of HMS. He has had music in his blood since he got his first guitar at age 10 and has played in a variety of bands over the years. He has the support of his loving family and is excited to be part of HMS.

John Burkhauser – Guest Performer: Guitar and Bass
John is a good friend of the band and has graciously accepted the invitation to perform with HMS for this special concert. JB is currently the lead guitarist and vocalist with the local band, Shadow Puppet.